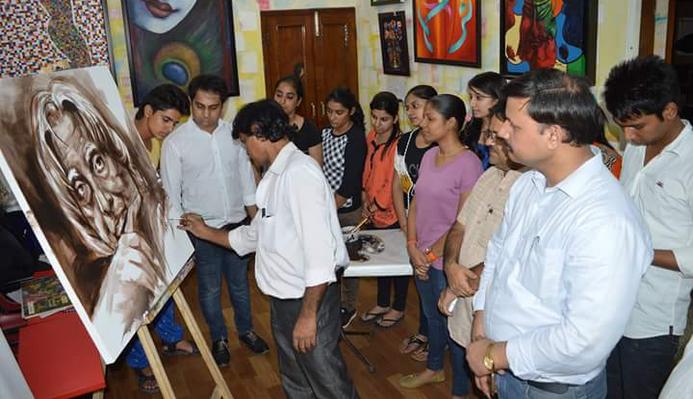 Graduation from University of Delhi.

1995   National Award by Ministry of Health (Govt. of India) in Cartoon Making Contest.

1996    Award by National Museum of National History in Painting Competition.

2018    Honor in Mauritius by ICCR Govt. of India Sent to Artist Roop Cand Mauritius along with 3 artists of India associated with our Institute RCIFA, There we Made Live long painting of 16x3.5 feet during Vishv Hindi Sammelan in MAURITIOUS organized by Govt. of India in August 2018. Minister of External Affairs of India Honorable Smt. Sushma Swaraj Ji visited and appreciated a lot.

2017    Exhibition of 65 feet long drawing on the theme of World Peace, Harmony & Humanity at The Royal Palace museum in Dresden, Germany

2017    Exhibition of 65 feet long drawing on the theme of World Peace, Harmony & Humanity in Slovakia.

2017    Exhibition of 65 feet long drawing on the theme of World Peace, Harmony & Humanity in Czech Republic.

2017    Exhibition of 65 feet long drawing on the theme of World Peace, Harmony & Humanity in Austria.

2018    Exhibition of Paintings and 65 feet long drawing on the theme of World Peace, Harmony & Humanity in ITALY

2007     Group show by Indian Artists on the  occasion of 60 Years of Independence  celebration  Inaugurated by President of India Smt. Pratibha Patil at RASHTRAPATI BHAVAN.

Many Art Related Participation till date.

Appointed as a Director in a Children Workshop of Sahitya Kala Parishad (Govt. of India), New Delhi 2003.

I made a painting on a shirt giving the message about Indo-Pak  Friendship relationship which was telecast during the live telecast match of India and Pakistan in Ferozshah Kotla maidan New Delhi.

I made Portrait of Astronaut Sunita Williams to give her best wishes for her safe landing on earth.

When Javed Miandad (Former Cricketer of Pakistan) visited India, I gifted him a Cricket Ball on which I made painting having the message of Indo-Pak Friendship, in a live telecast programme by Zee News at Lotus Temple, New Delhi. 2004

Made Painting to give massage “SAVE THE GIRL CHILD” and gifted to NGO Sahaj Sankalp to made Greeting Cards of  this painting to sell and help the  Children of NGO .
Working for Lesser Privileged Children NGO ( Sahaj Sankalp) Through my Art  New Delhi.

I made on the spot portraits of visitors with a Sanskriti Group at Pragati Maidan in front of Orissa Pavillion for the benefit of those struck by Orissa Cyclone in 1999. We sent Rs. 11,000/- to the Orissa Relief Fund.

During Kargil War, I made greeting cards for the soldiers to encourage them. I myself visited army and base hospitals to gift these greetings.

National Rail Museum organized my Paintings Exhibition on the theme of SAVE ENVIRONMENT to make people aware about environment through these paintings.

Long Banner painting on the occasion of World Environment Day. to Conway the message Grow more Trees & Save Environment at Jantar Mantar (June 2012)

Long Banner Painting on The occasion of World Population Day to Conway the message by painting  at Jantar Mantar, New Delhi (July 2012)

Made big Painting on 95th Birthday Celebration of Nelson Mandela by making  Large Painting. We given this painting to High commission of South Africa & the given letter of appreciation. The event coverd by Hindustan Times on Front Page with our photo and Painting (18 July 2013)

Lalit Kala Akademi Organised exhibition of Paintings to help the flood victims of J&K and Andhra Pradesh. I given my paintings along with my students for donation in Prime Minister Relief Fund. Held on 21-25 October 2014

‘DELHI COME OUT & VOTE’ made long painting for awareness campaign organized by Flavour of Art at Nehru Park & India Gate, New Delhi. (2015)
Curetted an Exhibition of Life on Gandhi Ji By

Hindi Akademi, Govt. of India sponsors to celebrate & remember Bhagat Singh. I organized 10 artists Art Camp at RCIFA 19 & 20 March 2016 after that exhibition at many places & now a collection of all these paintings of Hindi Akademi, New Delhi.

On the occasion of World Music Day I Invited as a guest for Live Painting workshop at Master of Malts, Rajeev Chowk, New Delhi. (21st June 2017)

My Art Speech to Artists & Students as a Guest by Parindeyy Wings of Imagination Society at Gandhi Art Gallery, New Delhi (May 2017)

Portrait made by me of Indian Ambassador at Hungary Mr. Rahul Chhabra presented by me at Hungary, June 2017

My Lecture as a Judge of Poster Competition for Save Girl Child & Cleanliness theme at Auditorium of Dr. B. R. Ambedkar College, New Delhi. (3th November 2017)

As an institute our intention is to shape the future of arts in the country by imparting knowledge of fine arts and guiding our students to explore their inner creativity and reinvent themselves as artists, we believe that artists are creative thinkers that can help shape a better society. 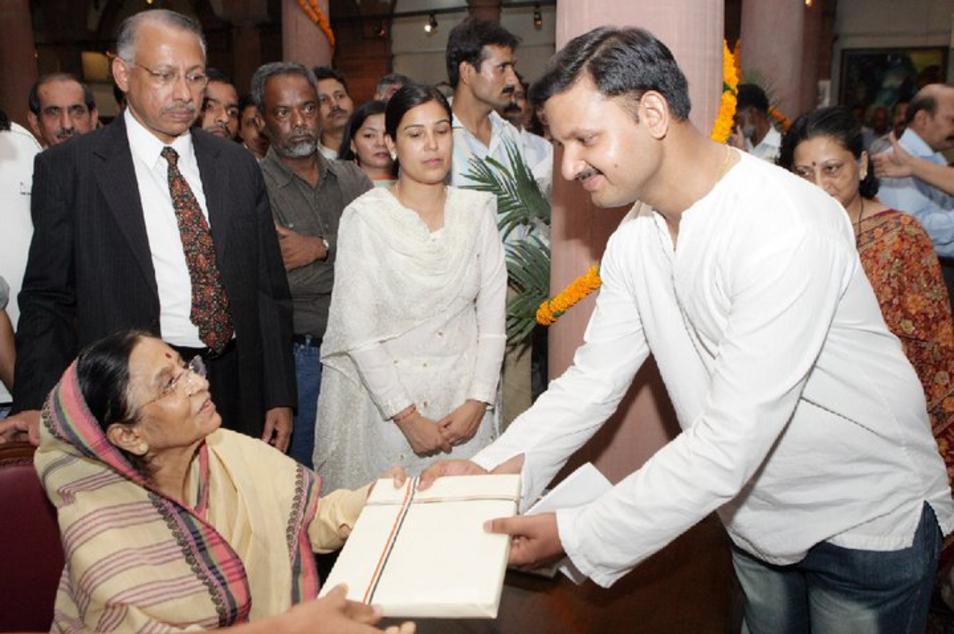